Infinix unveiled a new member of the Hot 10 family today. With a modest name like the Infinix Hot 10S you wouldn’t guess that this is positioned as a gaming phone and is also the company’s first to come out with Android 11 (running XOS 7.6 with a revamped UI).

Before we dive into the specs, we should mention that this is an affordable phone that starts at $130. Some regions will get an NFC-enabled version, which has a couple of differences other than the obvious.

The Hot 10S is equipped with a large 6.82” display with 90Hz refresh rate and 180Hz touch sampling rate. This is half of its gaming ambition and given that the resolution is 720p+, the other half should do quite well.

That second half is the MediaTek Helio G85, a 12nm chipset with a pair of Cortex-A75 cores (2GHz) and six A55 cores (1.8GHz), plus a Mali G52 MC2 running at 1GHz. According to Infinix, the GPU is 32% faster than the Adreno inside the Snapdragon 665 and our benchmarks do show that the G85 has the upper hand (the performance delta varies by the benchmark, but it’s noticeable).

Moving on, the rear camera features a 48MP sensor with a Super Nightscape mode for low-light photography. It is also capable of recording 1080p videos and 240fps slow-mo clips. On the front is an 8MP camera with a bokeh mode for videos. 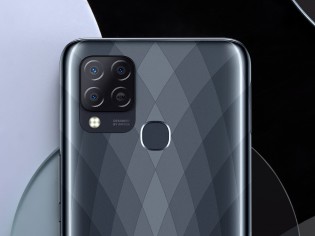 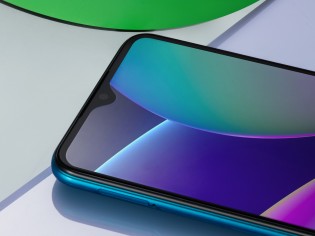 This can be used for face unlock (which allegedly works even if you have a mask on) or you can opt for the fingerprint reader on the back. Also on the back are a 2MP depth camera an an “AI Lens” (whatever that is).

The phone features dual-SIM 4G connectivity with VoLTE support. Ultra Power Mode can stretch the last 5% of battery charge to 3 and a half hours of voice calls. Wired connectivity includes microUSB and a 3.5mm headphone jack.

The battery is where the Hot 10S and Hot 10S NFC diverge. The 10S has a 6,000 mAh battery, which (according to Infinix) can deliver over 17 hours of gaming on a single charge or days and days of music playback. The NFC model has a 5,000 mAh battery. In both cases, charging is done at 10W.

The Infinix Hot 10S will be available in Indonesia from May 12 and will expand to other countries later on. It will start at $130 for the 6/128GB model, but there are other memory configurations as well (4-6GB of RAM, 64-128GB storage).