Oppo fans in India can pick up one of the company’s new phones from Amazon and Flipkart, the company also has a strong presence in brick and mortar stores. However, it wants to enhance its online presence, so it will launch a new web store.

The new web store in India will open its virtual doors on May 7. It’s not yet clear how it will differ from this page on Oppo.com, which already sells current models. 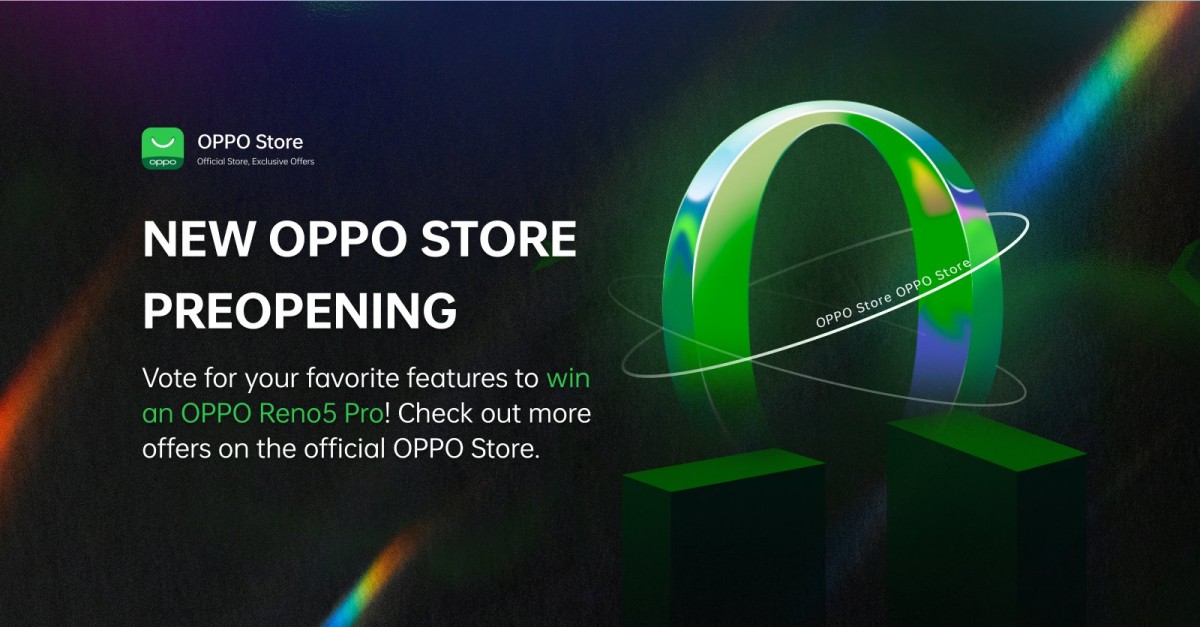 Right now there’s a landing page, which runs several promotions to build up hype for the store. Everyone can score a participation gift of INR 300, but if you’re lucky you can win an Oppo Reno5 Pro, two Oppo A-series 5G phones or five Oppo Smart Bands.

There’s a countdown timer ticking off the seconds to April 23 when the Smart Band winners will be selected. Then on April 30 the A-series phones will find new owners and, finally, on May 6 (the day before the launch) the Reno5 Pro lottery will be drawn.