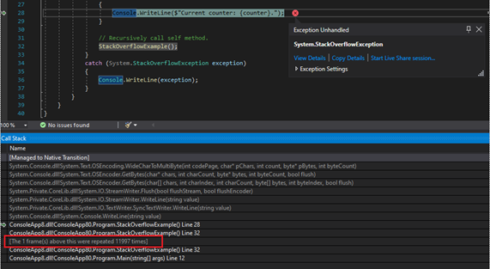 The new Visual Studio 2019 v16.9 preview 1 includes new features such as Address Sanitizer with C++, which is now generally available; C++ conformance, which allows destructors and new expressions to be ‘constexpr;’ and C++ Intellisense.

Visual Studio 2019 also now offers the ability to filter out redundant frames from the call stack when the debugger stops on a Stack Overflow Exception, according to the team.

Frictionless suggestions in the completions list is designed to enable users to find other locations where a repeated edit applies.

Additional details on the new release are available here.

Python 3.10.0a6 released
Python 3.10.0a6 includes new features and changes such as removing wstr from Unicode, allowing for writing union types such as X | Y, parameter specification variables and more.

The next pre-release will be Python  3.10.0a7, which is the last alpha release and is currently scheduled for Monday, April 5th.

“When companies are planning their modernization strategies, often the costing is started by taking one application through the upgrade process as a proof of concept. If that takes too long, then the cost of upgrading everything is too high. The .NET Upgrade Assistant aims to cut the time considerably and automate away more of the manual work,” Cathay Sullivan, the principal PM lead at .NET, wrote in a blog post.

The new metrics include DAU/MAU, which shows the ratio of users who open the map each day vs. each month; also the percentage of your daily users who have also used your app in the previous 28 days; how quickly you’re growing the number of users and more.

Also, the Android team explained that these developer metrics are the first to use differential privacy, which is a technique that provides increased privacy protections across datasets.

Additional details on the new metrics are available here.