Watch Dogs: Legion online is nearly here. Ubisoft will deliver the multiplayer mode of Watch Dogs: Legion — the London-set third game in the series — in two weeks’ time, after what will have been over four months since the game’s launch on PC, PlayStation 4, and Xbox One. Since then, it’s also gotten free next-gen ray-tracing-enabled upgrades on PlayStation 5 and Xbox Series S/X. Watch Dogs: Legion online is set after the single-player campaign and comes with a narrative justification: the private police force Albion is hitting back (it’s necessary albeit unimaginative) which forces you and your hacktivist outfit DedSec to protect London, once again.

Of course, it’s not all story-driven. While Watch Dogs: Legion’s co-operative missions are limited to teams of four, there’s also an eight-player competitive mode at launch. Additionally, Ubisoft has said that more co-op and PvP modes are coming later, including the returning “Invasion” mode from Watch Dogs 2 that lets you infiltrate and hack into other players’ games.

I’ve played Watch Dogs: Legion for a few hours only thanks to an early access programme devised by Ubisoft back in January. As such, I don’t feel comfortable meting out a review of Watch Dogs: Legion online. More so because Ubisoft has prohibited us journalists from talking about the technical side of things. To be fair, Watch Dogs: Legion online was a “work in progress” then, and it’s remained in testing ever since — Ubisoft also had a closed tech test for the general public — so it’s likely that the game will be in a much different (and potentially better) situation by the time it’s available to all. Instead, what I’m going to do here is give you an idea of what you can expect from Watch Dogs: Legion online.

The online multiplayer component of Watch Dogs: Legion debuts March 9 on PC, PS4, PS5, Xbox One, Xbox Series S/X, Stadia, and Amazon Luna. Originally, Watch Dogs: Legion online was planned for a December 2020 release, but Ubisoft opted to push it to “early 2021” to prioritise fixes for the single-player mode. It’s now coming after a three-month delay.

Can I play with my existing operatives?

For what it’s worth, in Watch Dogs: Legion online, you don’t have to go through recruiting missions to get new operatives and their associated abilities. Instead, you just spend Tech Points (it’s the in-game currency marked by a green hollow diamond) to do so. Tech Points were previously limited to buying and upgrading a wide array of technological upgrades (gadgets, weapons, hacks, and more). Completing any activity in Watch Dogs: Legion online gives you Tech Points, in addition to new player XP and cosmetic upgrades.

And while Watch Dogs: Legion will let you play a variety of new missions with friends, you can’t enlist their help with the game’s single-player campaign.

The biggest of them all, ‘Tactical Ops’, tasks you to complete a series of five interconnected missions for which you must coordinate and communicate with your human teammates. These are the most elaborate and demanding of the lot. The first one is called ‘Leader of the Pack’.

Watch Dogs: Legion online also allows you to create teams made up of AI operatives. With them, you can take on a whole host of co-op missions around London that are designed for two to four players.

Lastly, Watch Dogs: Legion online also has a bunch of neighbourhood activities — the smallest of the lot — that can be completed solo and don’t require the assistance of teammates. These are meant to be encountered as you explore the London open world with your friends. 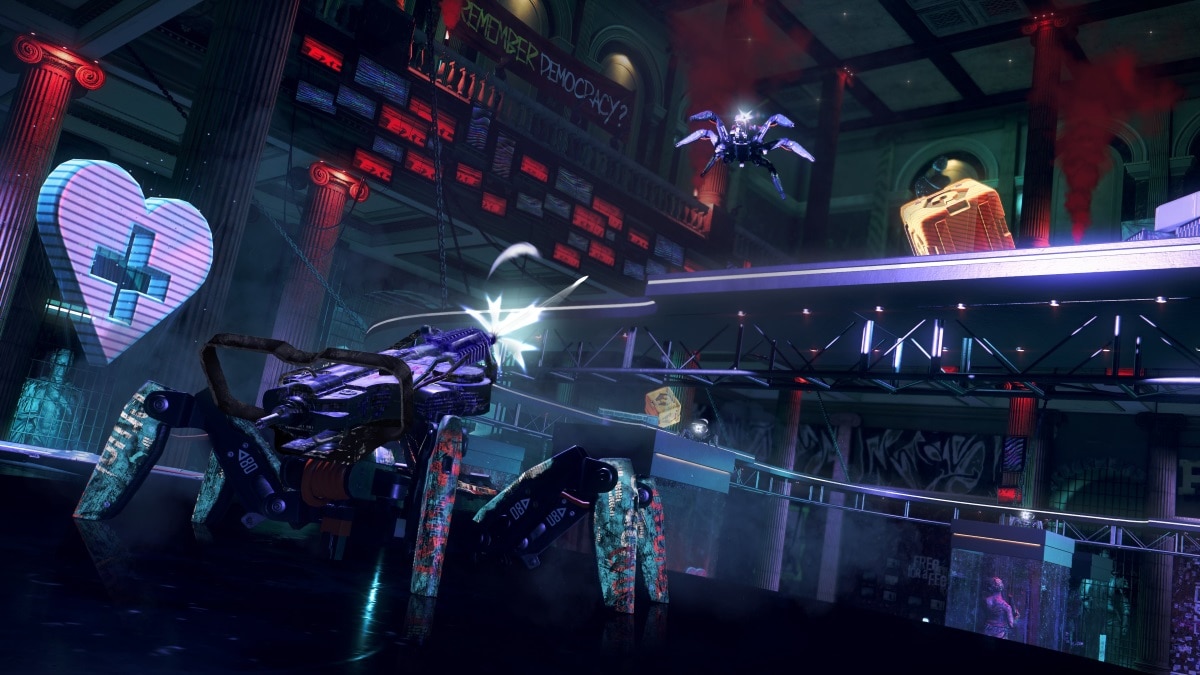 The first time you launch Watch Dogs: Legion online, you will be asked to complete a small onboarding mission. Until you complete this, you will not be able to play with your friends — or roam around in the online open world where you can encounter other players.

‘Tactical Ops’ is the toughest mode, as I said before, available right now. A mission I took part in tasked our team of four, split into two pairs, to coordinate a hack at two major facilities. You can choose to infiltrate the place quietly, or go in guns blazing. But either way, once you’ve triggered the initial hack, you’ll be facing the full wrath of Albion.

If your teammate goes down, they can be revived in a specific duration. But if you fail to do so in the allocated time, they will stay dead. If you don’t have enough teammates to complete a Tactical Op, the mission will fail and you’ll have to start from scratch.

Tactical Ops missions can get quite annoying at times though. Some sections involve endlessly spawning enemies. So even if you manage to kill everyone but can’t proceed because your other squad hasn’t completed their objective, you’ll be left to take on a relentless wave — which can naturally get tiring. I’m speaking from experience here. My team ended up in such a situation, and we eventually gave up on the mission altogether after 20 minutes.

Not all Watch Dogs: Legion missions are as exacting.

Outside of Tactical Ops, you’ll usually be asked to complete a series of objectives at one or more locations. This might involve, say, a coordinated laptop hack, riding to a new location, and then stealing vehicles. Or it could include storming into a building, taking down some devices while dealing with mafia heat, before using a boat to ride out to a floating target guarded by automated turrets. As long as one of your party manages to complete the mission, you’re good.

‘Spiderbot Arena’, as the name goes, takes place in a small arena similar to how FPS games work. The arena is divided into tiers that you can climb with the help of your spiderbot. As you navigate around the arena, you’ll find health packs that help you regain health, and a bunch of weapon pickups such as bolt/ seeker missiles, shotgun pellets, clustergun, and more. The higher you climb up, the better weapons you’ll be granted.

You get points for destroying other spiderbots. And if you’re destroyed, you respawn and go at it again. Each Spiderbot Arena round lasts for six minutes, and the winner is whoever comes out on top with the most points at the end.

1 thought on “Watch Dogs: Legion Online Is Out March 9. Here’s What You Should Know”