Apple iPhone 13 could get an always-on display and might also support high-refresh rate, as per a new leak. Apple is unlikely to launch the successors to the iPhone 12 series at least in the first half of the year but new leak gives us a look at some of the features that Apple could be working on for the iPhone 13 lineup.

Exclusive iPhone 13 Leaks (feat. @MaxWinebach). Special thank you to @CConceptCreator for the modeling help with the intricate details https://t.co/kZMcOq3K4M pic.twitter.com/KN25cbvktB

According to a video by EverythingApplePro based on a tip from Max Weinbach, the iPhone 13 is slated to get an always-on display, making it the first of its kind. Until now, Apple has been using the feature on its smartwatches but the next generation of phones could soon receive it. As per the information, iPhone 13 could feature LTPO display technology which has been developed by Apple for always-on display functionality in OLED screens. 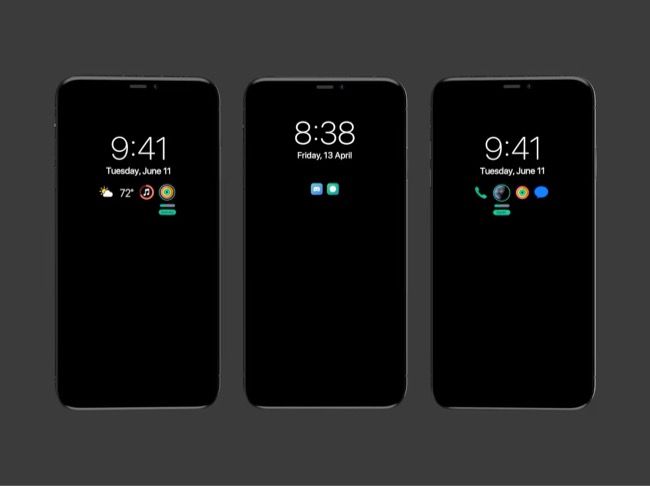 Moreover, the upcoming iPhones could also support 120Hz high-refresh-rate that makes for a fluid iOS experience. The leak reveals that the clock and the battery icons will likely be displayed in the always-on mode and will offer minimal customization. Of course, the always-on display has now become a common feature on Android smartphones with tons of customisable options for users to choose from.

The upcoming iPhone 13 could also have an improved back panel with a soft-to-touch matte finish that the tipster claims will make it more comfortable to hold in the hand. The leak also highlights that the iPhone 13 Pro models will likely have an astrophotography mode similar to Pixel phones, that will help users capture the starry skies at night. Additionally, Apple could also be working on portrait mode for recording videos with a background blur effect. The camera app will let users change the depth of field in the video after recording it.

Max has also tipped that the next generation of iPhones will have improved magnets for the MagSafe connector. Apart from this, there are rumours that Touch ID may get revived on the next iPhone but will be under the display. You can read more on that here.