Asus will introduce the Zenfone 8 series on May 12, and less than a week ahead of the unveiling, specifications and renders of the Zenfone 8 and Zenfone 8 Flip have leaked, painting a clearer picture of the lineup.

The Zenfone 8 Flip, as evident from its name, will feature a flip-up camera design similar to the Zenfone 6 (aka 6z), 7, and 7 Pro. The module will include three cameras – 64MP primary, 8MP telephoto, and 12MP macro. In addition, the smartphone will support 8K video recording, and you’ll be able to use the rear cameras for selfies and video calls. The Zenfone 8 Flip will pack a 6.67″ FullHD+ 90Hz AMOLED screen with no notch or punch hole, and it will likely have a fingerprint reader underneath for biometric authentication.

The smartphone will be powered by the Snapdragon 888 SoC and have 8GB RAM and 256GB storage onboard. It will ship with a 5,000 mAh battery that will charge at up to 30W.

The Zenfone 8 Flip will come in two colors and will weigh 230 grams. 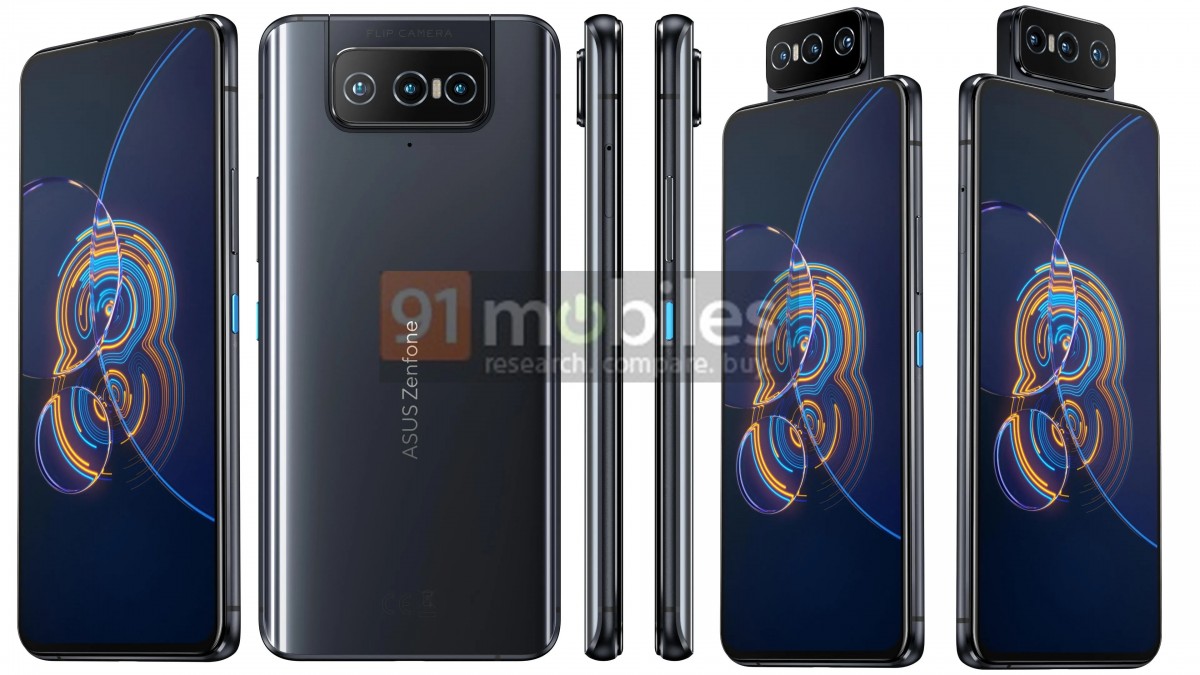 The Zenfone 8 is expected to be the “Mini” model in the lineup since it will sport a 5.92″ FullHD+ screen. And unlike the Flip, the regular variant will have a punch hole in the top-left corner of the display for the selfie camera.

The rear panel of the Zenfone 8 will feature a rectangular camera island housing a LED flash and two shooters – 64MP main and 12MP macro. The smartphone will also record 8K videos. 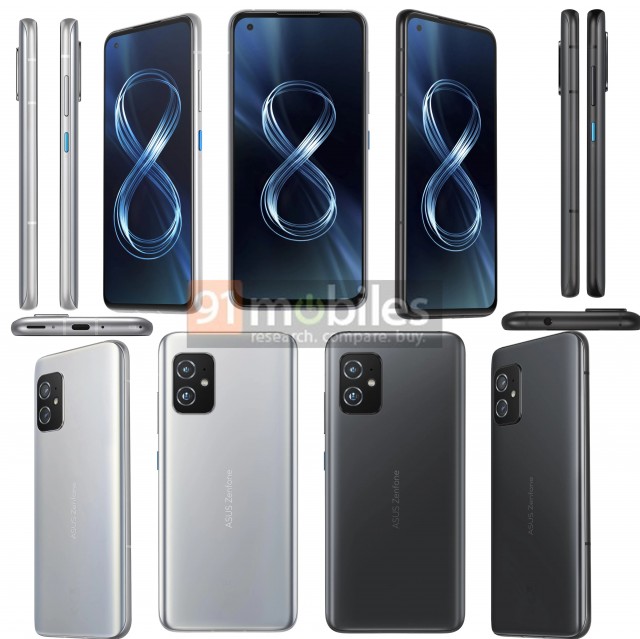 The source claims that the Zenfone 8 will have a Snapdragon 888 under the hood paired with 8GB RAM and 128GB storage. But we’ve heard of 6GB, 12GB, and 16GB RAM, and 256GB storage as well. That said, fueling the entire package will be a 4,000 mAh battery charged through a USB-C port at up to 30W.

The Zenfone 8 will also come with the 3.5mm headphone jack located at the top. The smartphone will weigh 170 grams and have two color options.