Hong Kong-based smartphone maker Infinix Mobile is about to add a new phone to its Note lineup. The Infinix Note 10 Pro was spotted on Geekbench with MediaTek’s Helio G90T chipset and 8GB RAM.

The phone managed 433 points in the single-core department and 1,125 points on the multi-core test. The listing also revealed the device boots Android 11. 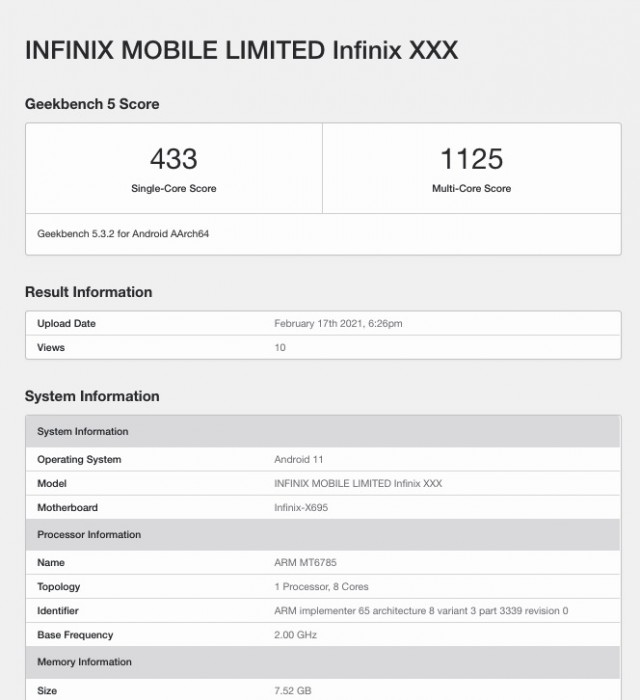 The upcoming phone was also spotted on the FCC database a while ago bearing the X695 model number. That listing revealed it will pack dual-band Wi-Fi and 5G connectivity, 256GB storage and 33W charging. We also got to see a sketch of the device’s back which looks quite similar to that of the Infinix Note 8 with five cutouts. This means we’re likely in for a quad-cam setup. 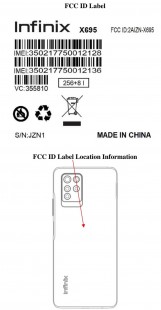 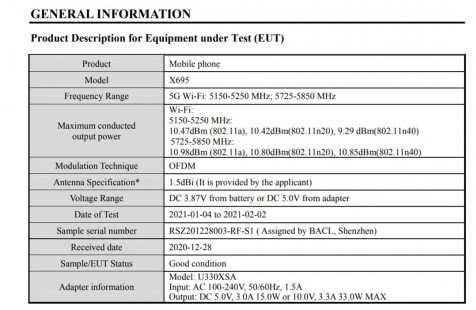