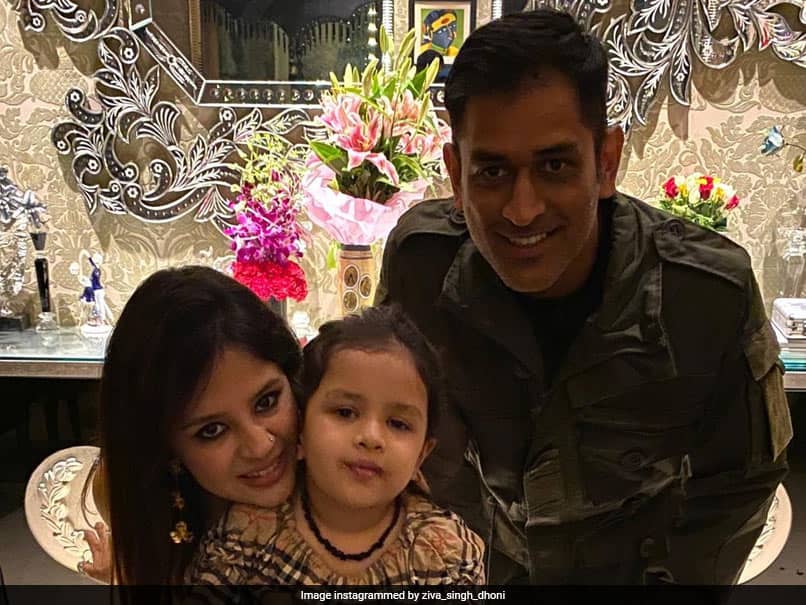 MS Dhoni is married to Sakshi Singh Dhoni, and they have a daughter.© Instagram


MS Dhoni was photographed with his daughter in two adorable pictures, posted on Instagram. The pictures were uploaded via Ziva’s Instagram account, and Dhoni can be seen holding his daughter with a picturesque background. The former India captain is married to Sakshi Singh Dhoni, and the duo have a daughter. Dhoni is currently playing in the ongoing Indian Premier League (IPL) 2021 season with Chennai Super Kings (CSK), for whom he also serves as skipper. CSK are currently second in the league table after four wins from five games, and have registered eight points. They are behind Royal Challengers Bangalore (RCB), who have won five fixtures in six matches.

Here are the pictures:

Despite CSK’s consistent form this year, Dhoni hasn’t really been able to show his cricket skills to its fullest pedigree. He has scored 37 runs in six games, with four fours and a six. The paltry amount of runs is due to his low position in CSK’s batting order.

He is eighth in the list of most runs scored in IPL history. In 210 games, he has registered 4669 runs, with an unbeaten 84-run knock as his highest score in the tournament’s history.

CSK are currently up against SunRisers Hyderabad (SRH) in Match 23, on Wednesday. SRH are eighth in the league table, with only one win in five matches.

In their previous game, Dhoni skippered CSK to a huge 69-run win over RCB. Ravindra Jadeja was in hot form, helping CSK set a target of 192 runs, with an unbeaten knock of 62 runs off 28 deliveries.

The all-rounder also took three wickets as RCB crashed to 122 for nine in 20 overs.

Topics mentioned in this article