OnePlus is one of the biggest consumer tech brands in the world, with the company selling not only smartphones but also smart TVs and smart wearables under its name. And now, it appears to be closer than ever to launching its first set of smartwatches in the market. The new wearables have been leaked a few times already, with the devices now also being spotted in a new patent leak.

As per a report by Techniknews, OnePlus has patented two smartwatch designs at the German Patent and Trademark Office (GPTO). The patents reveal some interesting details about what likely could be the company’s first set of smartwatches, as it suggests that both the devices could launch with a round dial.

The patent shows the first smartwatch, which the report suggests could be the Sport Version of the OnePlus Watch, could sport a round dial with flouted straps. As for the dial, there appear to be two buttons that will possibly be used for UI navigation. The patent also shows the smartwatch could come with a few sensors at the back. While there is no clarification about which features these sensors could power, there is an expectation that these could be for monitoring heart rate, blood oxygen saturation, and blood pressure. The watch also comes with two contact points which will most likely be used for magnetic charging. 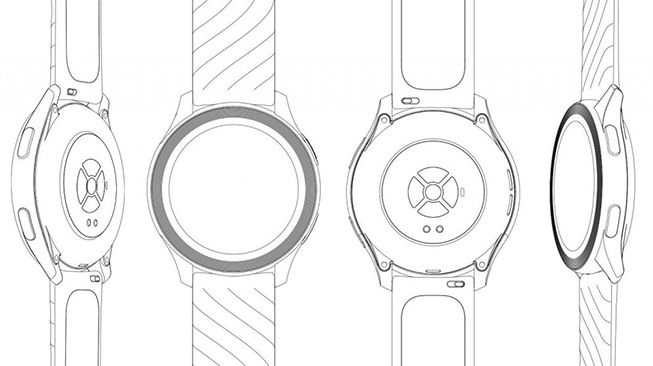 As for the second smartwatch, the patent shows the device to come with a slightly bigger frame and also with a different strap design. However, there appears to be little else in terms of changes when it comes to the design of the second OnePlus Watch when compared to the first one. Apart from this, other areas like button placements, sensors look similar as mentioned above.

It is interesting to note that the OnePlus Watch /a> models have also been certified already and as such are likely to launch soon. While there is no confirmation yet from the company, rumors suggest that the smartwatches from OnePlus could launch in March. This also looks quite possible considering that the OnePlus Watch models have already been certified.