Update: Realme has officially revealed some images of the Realme GT on Weibo

The Realme GT 5G smartphone will launch on March 4, but it looks like Realme is going to tease the smartphone at MWC Shanghai. The event kicks off on February 23, 2021, and photos of the Realme booth have revealed teasers for the Realme GT 5G. As reported by GSMArena, “The Realme GT 5G is depicted in its Bumblebee leather finish and is certainly one of the more intriguing designs lately”. There is a black strip that runs along the back of the smartphone in line with the camera module. 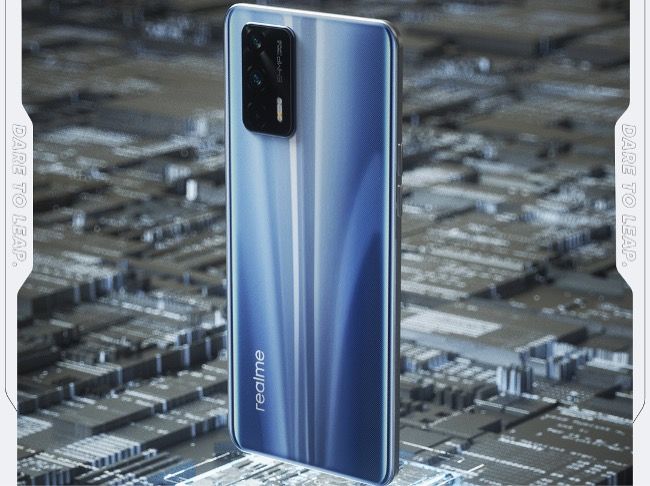 One can clearly make out the “64MP” tag next to the camera, indicating that the primary camera is a 64MP shooter. There is a secondary camera as well, but the details and specifications of that one aren’t known. The cameras are accompanied by a quad-LED flash setup. 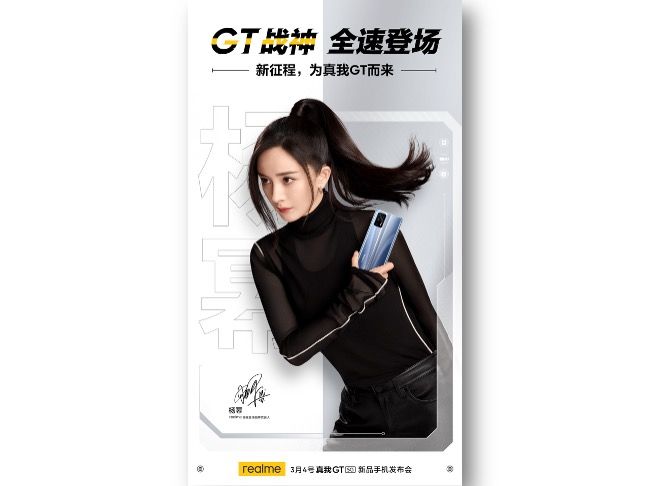 Some specs of the Realme GT 5G are known while others are speculated. It will be powered by the Snapdragon 888 SoC and sport a massive 5000mAh battery with support for 125W fast-charging. It is also expected to have a 6.8-inch 120Hz OLED display.

Other speculated specifications of the device include an in-display fingerprint sensor, 12GB RAM, 256GB storage, and Android 11 with Realme UI 2.0 overlaying it. The smartphone is expected to have a punch-hole camera in the top left of the display for selfies. There is no information on the price of the smartphone.

There is no information on an India launch date for the Realme GT, but we can expect it to launch in India after its international debut.