Realme is set to introduce the Buds Air 2 TWS earphones, Narzo 30A, and Narzo 30 Pro on February 24. The company has already confirmed the Narzo 30 Pro will be powered by the Dimensity 800U SoC but didn’t reveal what chipset the Narzo 30A will have under the hood. However, thanks to Geekbench, we now know the Narzo 30A will come with the Helio G85 SoC – the same chip that powers the Narzo 20, sold as Realme 7i in Europe.

The benchmark database also reveals that Narzo 30A (RMX3171) will run Android 10 out of the box and have 4GB RAM onboard. Although there could be other memory options as well that are yet to be confirmed. Realme is yet to detail the Narzo 30A and Narzo 30 Pro’s specs, but the duo’s event page on the company’s Indian website reveals the Pro model will pack a 6.5″ FullHD+ 120Hz screen with a 180Hz sampling rate.

The images of the Narzo 30 pair included on the page reveal the Pro variant will sport a triple camera setup on the back, feature a side-mounted fingerprint reader, and have a punch hole in the screen for the selfie camera.

The Narzo 30A isn’t clearly visible, but you can see its rear panel has a wavy texture and houses a square-shaped camera bump. 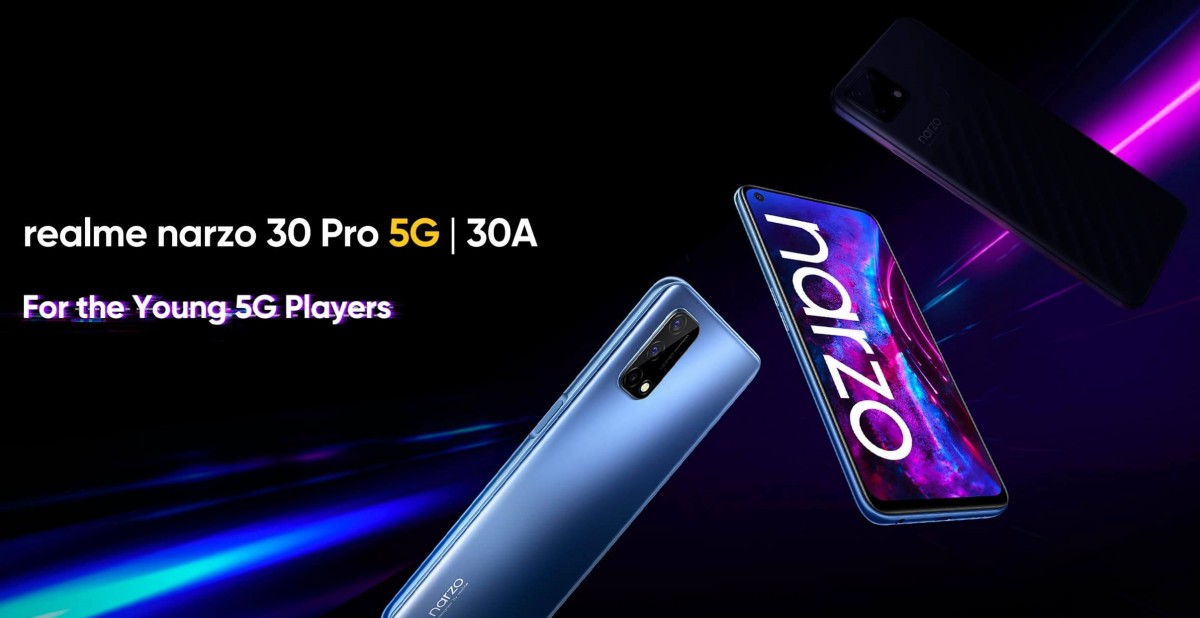