The Realme 8 5G was unveiled in India today and the company had a “one more thing” moment – it will be the first to bring a Dimensity 1200-powered smartphone to India. However, today’s event was focused on the 8-series model, so we’ll have to wait for more details.

We have been hearing rumors of a Realme X9 Pro that was teased with the 1200 chip. However, we should note that this name was never confirmed officially. The company did launch a phone with MediaTek’s flagship chipset, the Realme GT Neo. Does X9 Pro = GT Neo?

Maybe. Currently, no GT models are available in India. However, the company’s CMO teased a flagship launch for early May, which at the time we took that to mean the Snapdragon 888-powered Realme GT, and there’s no reason for the Neo not to follow its sibling. 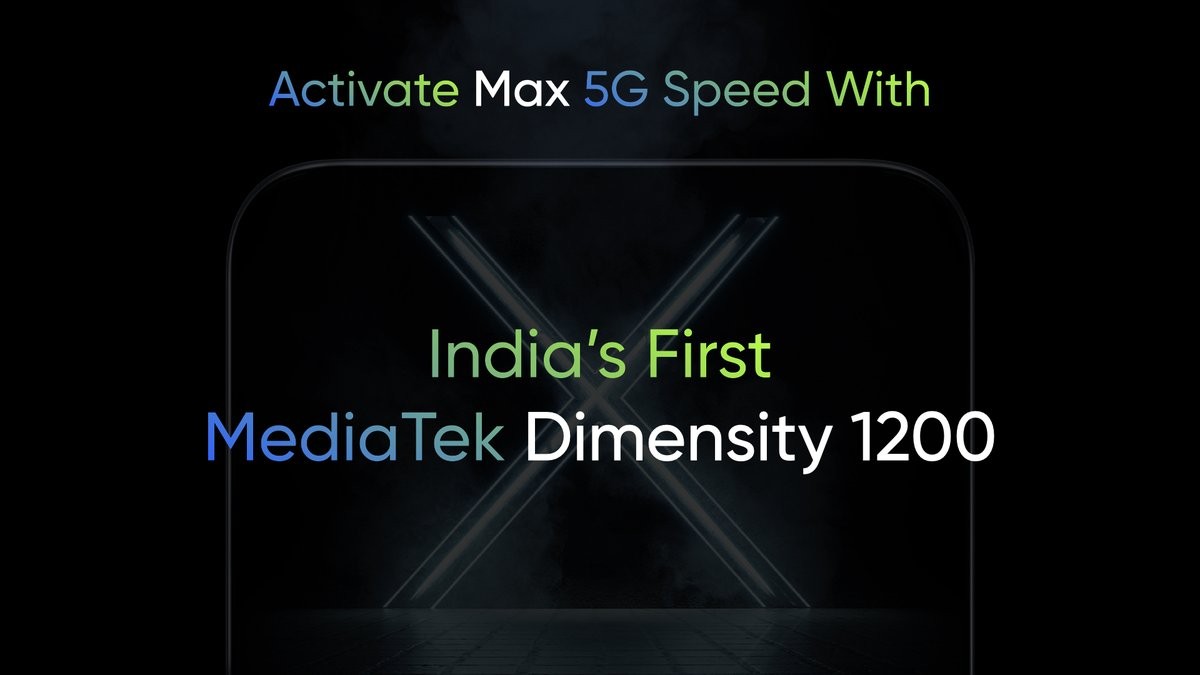 But notice that the “Max” in the image is capitalized and highlighted. It’s capitalized in the teaser tweet as well. And that X in the background is more than a little suspicious.

The GT Neo could be rebadged as an X-series model for India, just not as a “Pro” but as the Realme X7 Max. The company already has a couple of Dimensity-powered phones in India, including the X7 and X7 Pro (800U and 1000+, respectively).

That said, the original rumor claimed that the X9 Pro will have a 108MP camera, while the GT Neo has “only” a 64MP camera. So, the X7 Max or whatever it is called could still be a brand new model.