Xiaomi’s brand Redmi has launched its own understanding of what a gaming smartphone should be under the name K40 Gaming. The device runs on Dimensity 1200 chipset and comes with the latest bells and whistles like UFS 3.1 storage, LPDDR5 RAM, 67W ultra-fast charging and several solutions for cooling and heat dissipation.

With such specs, it is no wonder that the Redmi K40 Gaming was a huge success during its first flash sale in China. According to the brand, the device sold 100,000 units in just one minute. 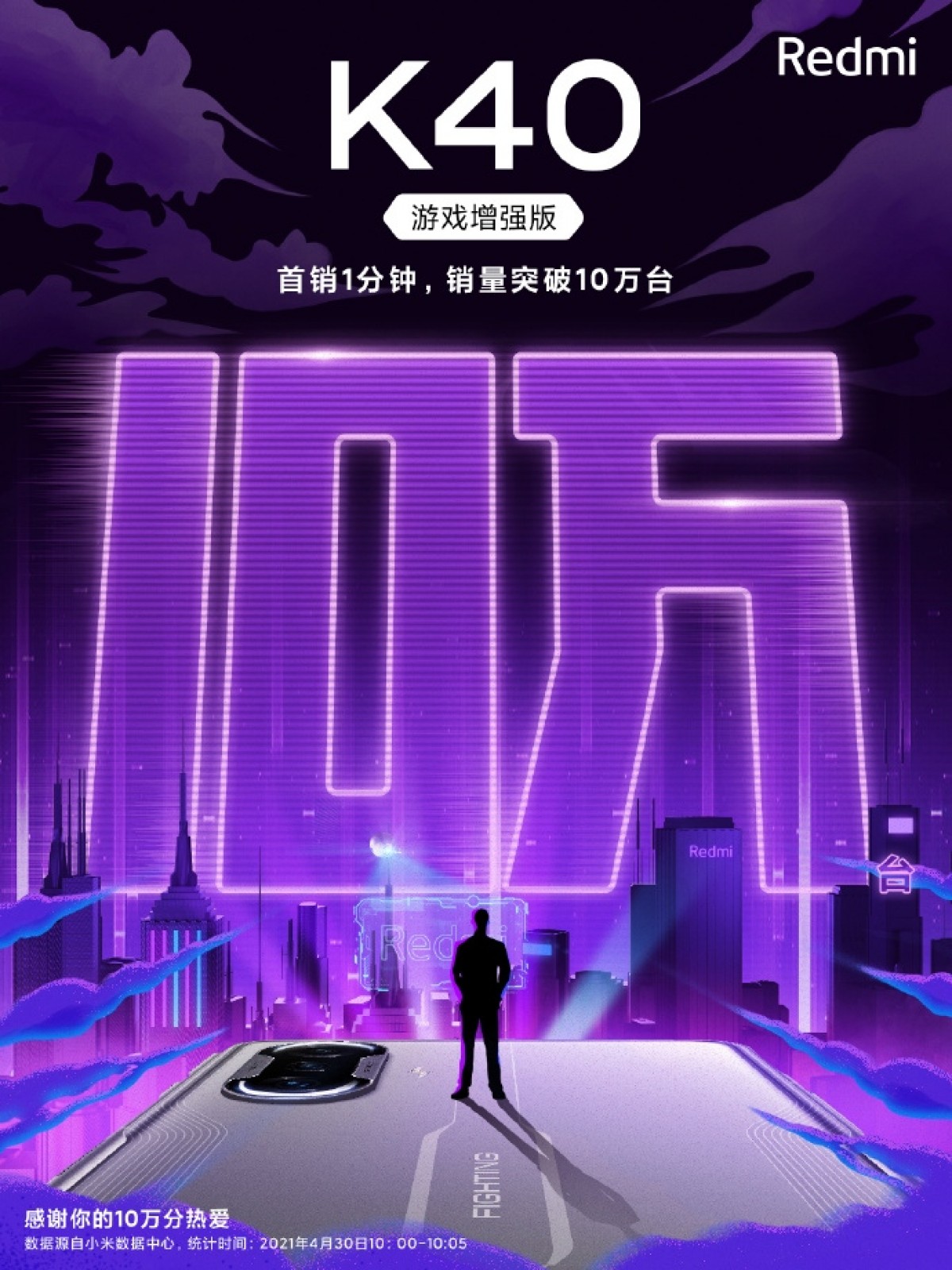 Other impressive specs of the phone include JBL-tuned stereo speakers, pop-up shoulder keys, and three cameras with a LED flash shaped like a tiny lightning bolt. Our hopes are this phone will make it global, and some rumors suggested it might arrive under the name Poco F3 GT.