Samsung and Flipkart will launch two affordable phones in the F-series on Monday. Their highlight features are already posted on the retailer’s site as a teaser of what is to come. It’s not a huge mystery, by the way, as the F-series tends to follow the specs of the corresponding M-series phone almost word for word. 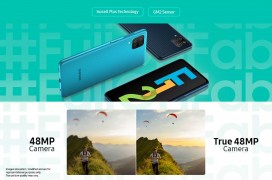 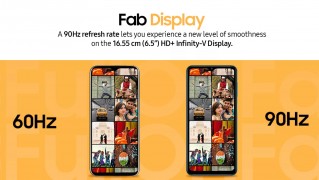 The Samsung Galaxy F12 will feature a 48 MP camera based on the ISOCELL GM2 sensor – a 1/2.25” sensor with 0.8 µm pixels and Tetracell tech (Samsung’s take on Quad Bayer) and Super-PD autofocus. This sensor is also used in mid-rangers like the Galaxy A42 5G.

The Galaxy F02s will focus on battery life, advertising 5,000 mAh capacity. Flipkart also reveals the chipset that will power this phone – the Snapdragon 450 (a 14 nm chip from 2017).

The F02s will have a 13 MP main camera, one of three on the back. These details line up with the Galaxy M02s so you can take a peek at what is coming. The same goes for the Galaxy M12 (which uses the newer 8 nm Exynos 850 chipset and an even bigger 6,000 mAh battery).

The Galaxy F12 and F02s will launch on April 5 at noon. You can also find info on the two phones on Samsung.com – here’s the F12 page and the F02s page.