We’ve been hearing about the Samsung Galaxy A52 4G and Galaxy A52 5G for quite some time, and while there’s still no official word from Samsung about these smartphones yet, the steady stream of leaks over the past months have given us a fair idea of what to expect from these phones.

However, the latest leak by German blog WinFuture leaves little to the imagination as it details the specs of the Galaxy A52 4G and 5G while revealing their prices and sharing new renders.

The Galaxy A52 4G and 5G were spotted on Geekbench with Snapdragon 720G and Snapdragon 750G, respectively. The publication corroborates that bit and claims both smartphones will run Android 11 with One UI out of the box and have two memory options depending on the market – 6GB/128GB and 8GB/256GB. Both 4G and 5G models will also come with a microSD card slot for storage expansion.

The source says that Galaxy A52 4G and 5G are identical with differences in chipset and connectivity. That means both versions of the Galaxy A52 will come with a 6.5″ FullHD+ Super AMOLED screen with a fingerprint reader underneath and a punch hole in the center for the 32MP selfie camera. 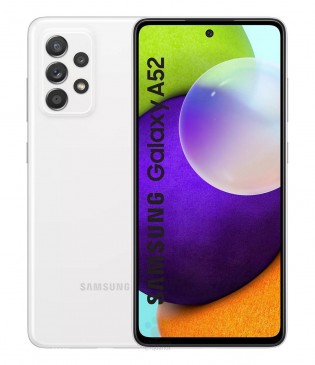 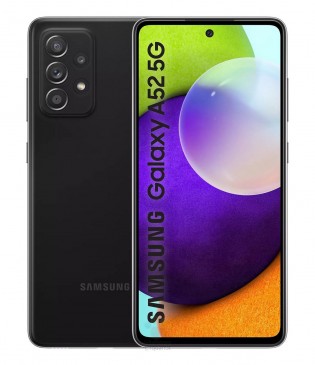 A previous leak claimed the A52 4G will come with a 90Hz panel, while its 5G counterpart will go all the way up to 120Hz.

The rear panels of the A52 4G and 5G, which will come in four colors, will house quad camera setups comprising a 64MP primary, 8MP ultrawide, 5MP (likely macro), and 2MP (likely depth) units. This contradicts previous leaks, which claimed the smartphones will feature two 5MP cameras, with the 4G variant having a 12MP shooter onboard instead of 8MP.

Fueling both Galaxy A52 versions will be a 4,500 mAh battery that will draw power through a USB-C port at up to 25W, but 3C and FCC revealed the 5G model will ship with a 15W adapter.

The rest of the features of the A52 duo include a 3.5mm headphone jack, Bluetooth 5.x, NFC, Dual-SIM support, and IP67 rating. 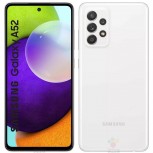 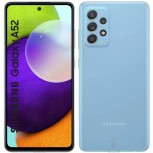 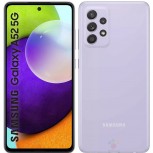 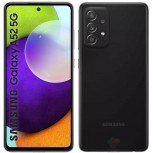