A 7,000 mAh battery, 7nm chipset and Android 11 out of the box – what’s not to love about the Samsung Galaxy F62? Samsung’s new India-destined mid-ranger will go on sale tomorrow at noon and we were wondering how many of you would pick one up.

Let’s start with the battery as that is the highlight feature – the 7,000 mAh power cell will offer stellar battery life and reasonably fast charge times with the bundled (!) 25W charger. But you can get the same with the Galaxy M51, which costs about the same.

The two phones seem to have the same 6.7” Super AMOLED Plus screens (1080p+ resolution, 60Hz), the same camera setup too, including 64MP main, 12MP ultrawide and 32MP selfie camera. So, why is this one better?

Where the Galaxy F62 stands out is the Exynos 9825 chipset (aka the Galaxy Note10+’s chipset). It beats M51’s Snapdragon 730G (8nm) in both CPU and GPU benchmarks and the difference is quite pronounced. Keep in mind that this chip once competed with the Snapdragon 855. 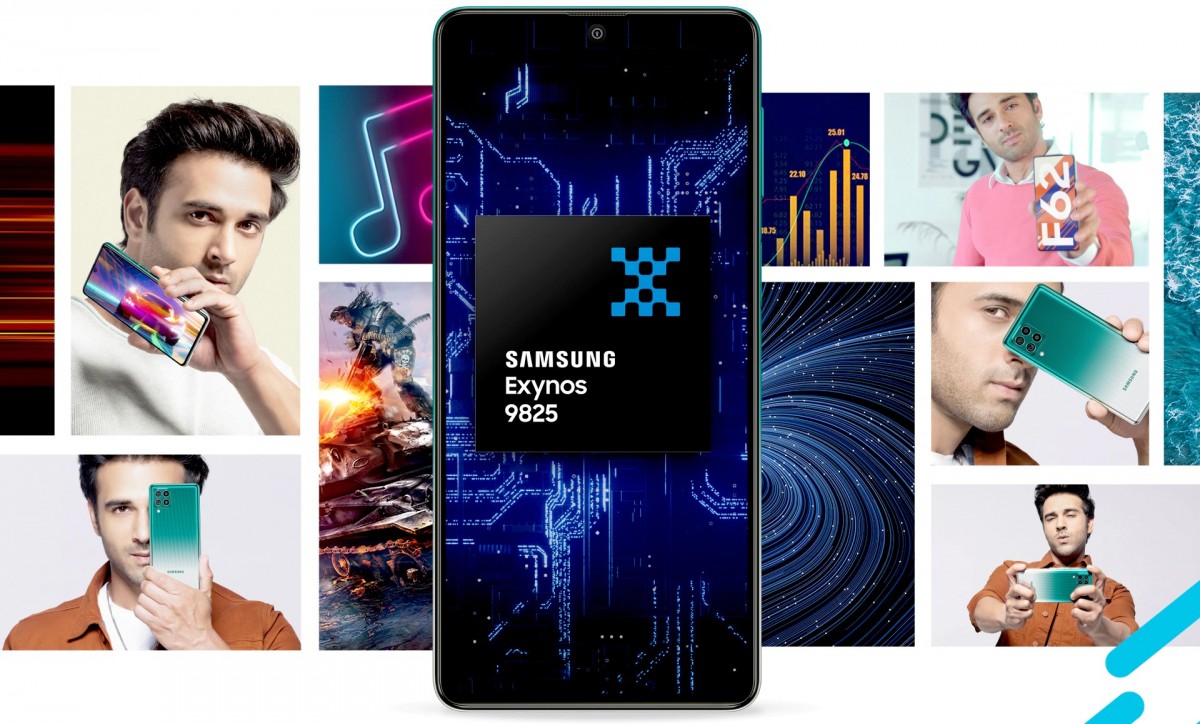 Also, the F62 comes with Android 11 and One UI 3.1 out of the box. To be fair, the M51 is scheduled to get Android 11 this April, but this still has implications on the final update that these two phones will receive.

So, with all of that in mind – how many of you are buying a Galaxy F62?