The Infinix Note 10 Pro was spotted on Geekbench in February with the Helio G90T SoC, 8GB RAM, and Android 11. Now the smartphone has popped up on Google Play Console with the same Android version and RAM amount, but with a different chip – Helio G90. We’ve also heard rumors of the G95, so it’s unclear what exactly will power the Infinix Note 10 Pro. 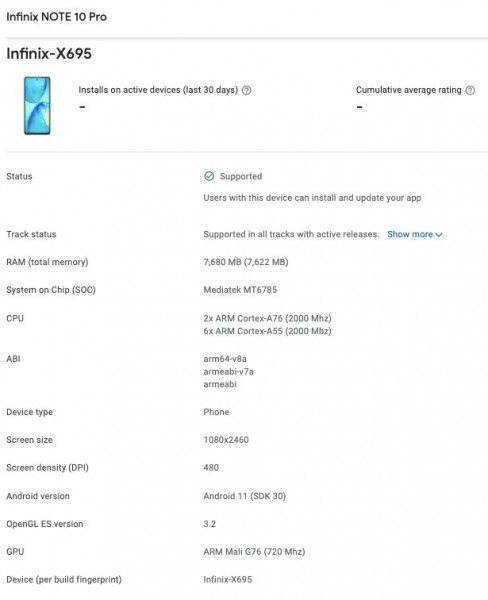 That said, the Google Play Console tells us that the Note 10 Pro will pack a FullHD+ screen, which a leaked render revealed will have a punch hole in the center for the selfie camera.

A schematic of the Infinix Note 10 Pro further reveals the smartphone will feature a side-mounted fingerprint scanner and come with a USB-C port and a 3.5mm headphone jack located at the bottom.

The camera island on the smartphone’s rear panel includes five circles – one likely for the flash and the rest for the cameras. 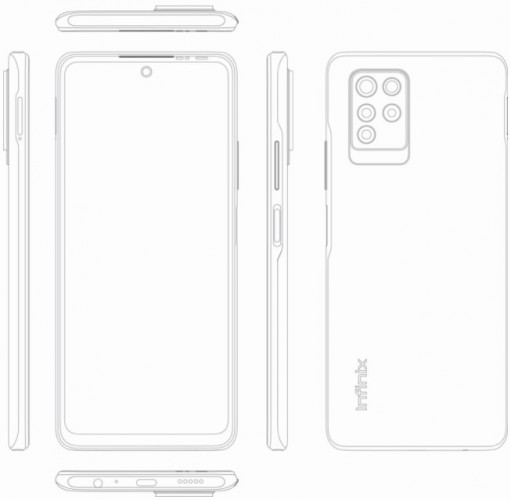 The Note 10 Pro was also certified by FCC, revealing 256GB storage and 33W charging in the process.

There’s no word from Infinix about the Note 10 Pro yet, but we’ll hopefully learn more about it in the coming days.