The vivo V21 family is still shrouded in quite a bit of mystery. The only real solid bit of info we have thus far is an April 27 unveiling event in Malaysia for the regular V21 and the V21e. Beyond that, various sources have also suggested the existence on a V21 Pro, which may or may not be similar or even the same as the V21 5G, recently certified in Indonesia. Last, but not least, there is the V21 SE, officially going by its V2061 model number in a new device listing in the Google Play Console. The name and model were cross-referenced and matched using the Indian IMEI database, which is where the vivo V21 SE moniker stems from as well. Though, clearly, there are still plenty of questions surrounding the lineup and even basic info on its members, like names. 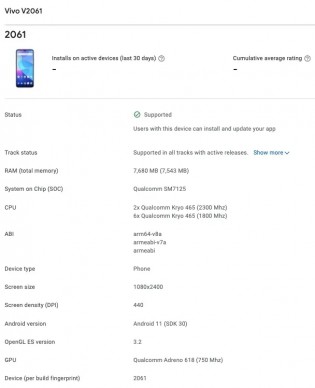 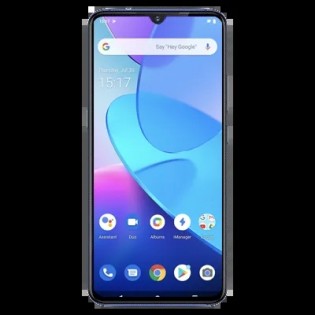 If we assume that this detective work checks out, then the vivo V21 SE is based on the Snapdragon 720G chipset, along with 8GB of RAM. Its display resolution is reported as 1080 x 2400 pixels, with a pixel density of 440ppi. If those numbers are accurate, we are probably looking at a display diagonal or around 6 inches. We do know that the panel includes a teardrop notch for the selfie camera, thanks to the small image included in the Google Play Console listing. The page also mentions Android 11 and that’s about it. 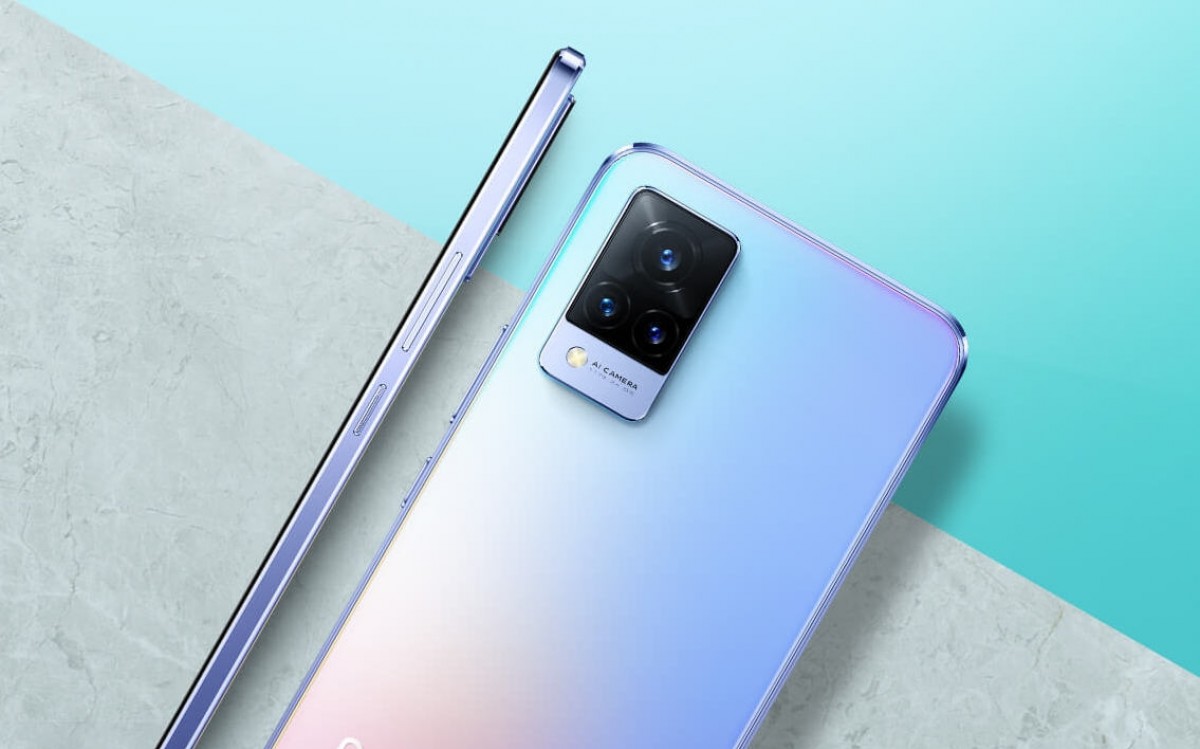 As for other info on the vanilla V21 and the lineup in general, we do have an earlier leak that reveals an eye-catching gradient back design, as well as a focus on thinness for the range. Apparently vivo aims to deliver some of the slimmest 5G-capable devices around. That source also mentioned a 64MP main camera on the back, flanked by two additional shooters and interestingly-enough a 44MP selfie, with OIS. Quite unconventional.

It is worth noting though, that we can’t be sure how this info relates to the vivo V21 SE at all, nor if its accurate, for that manner. Also worth mentioning – the clear similarity in model numbers between the V21 SE (V2061) and the existing vivo iQOO U3 (V2061A). For what that’s worth.