The IndieGoGo campaign for the F(x)Tec Pro1-X smartphone has received over $1 million in funding and the first units were shipped out to “super early bird” backers at the end of January. But now the team has run into supply issues.

Specifically, the Snapdragon 835 at the heart of the phone has reached the end-of-life stage and is no longer available, meaning no more phones can be built. This affects both the original Pro1 model (more on that in a minute) as well as the Pro1-X, which was designed for XDA-Developers (both are quite similar and use the 835 chipset).

The team has chosen the Snapdragon 662 as a replacement. It’s a mid-range chipset so some performance degradation is expected, though there are actually several upsides to going with a more recent chip (it was announced in January 2020). Some disadvantages as well, mind you, besides the performance drop.

The 662 is expected to use less power, prolonging battery life. And it will run Android 11 out of the box with security updates lasting beyond 2023. The F(x)Tec Pro1-X can also run Ubuntu Touch and Lineage OS, though those ROMs will need to be reworked.

Also, the new chip supports higher resolution camera sensors so the phone will be upgraded to the 48MP Sony IMX586. The original version (with Snapdragon 835) came with a 12MP IMX363 sensor instead.

Connectivity is improved as well with support for Wi-Fi 6 and Bluetooth 5.1. The team briefly discussed why it didn’t choose a higher end 5G chipset. There are two reasons: 1) the price of those chips, of course, and 2) 5G requires different antennas and the redesign would have taken too long.

The phone’s PCB assembly already needs to be redesigned, so the estimated shipping date has been pushed from March to August 2021. The pandemic is not helping the situation either. 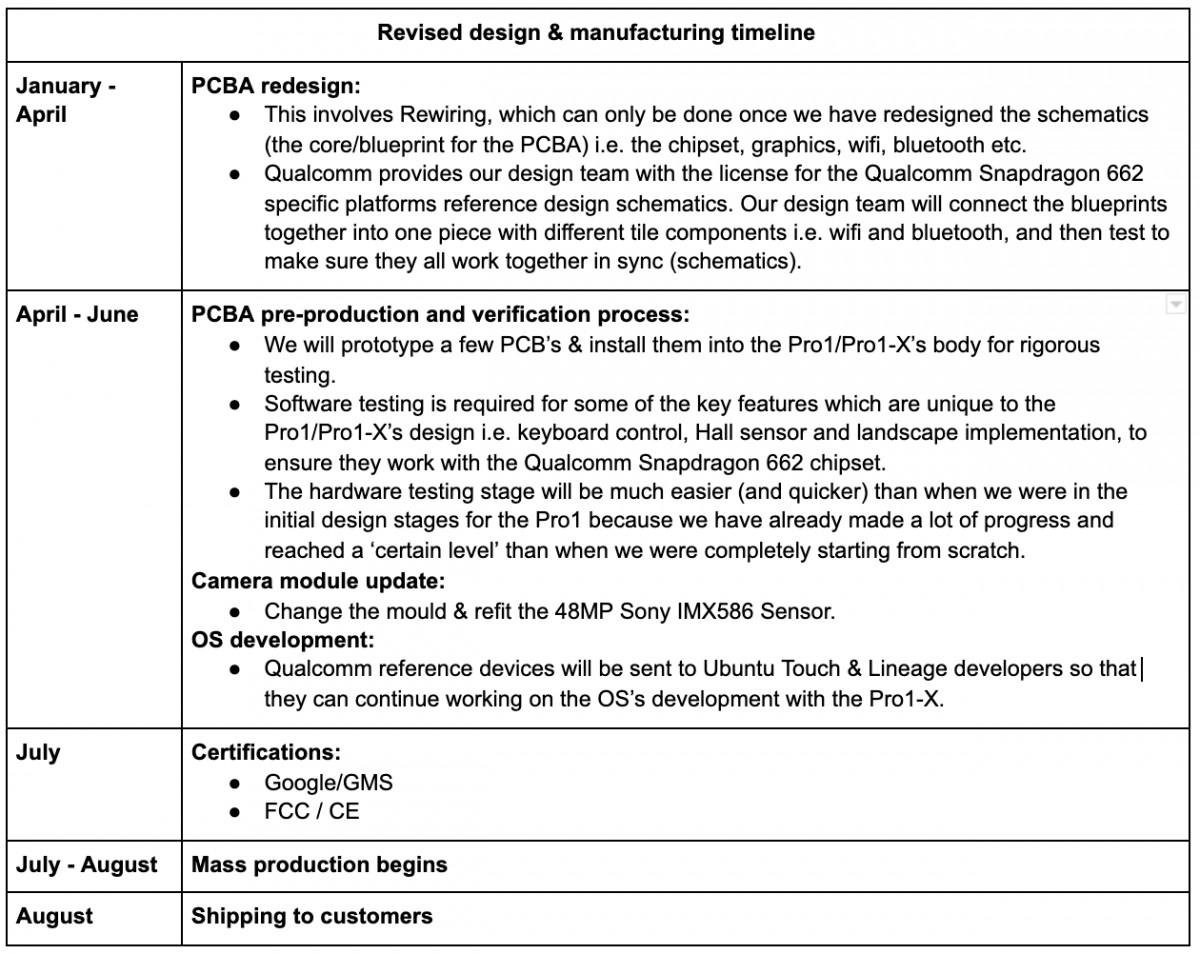 You can read the announcement on IndieGoGo for more details. As you can imagine, backers are not happy about the situation.

As for the original Pro1 phone, recent buyers waiting on their unit have reportedly received messages that they will be getting the Pro1-X instead (it’s not all bad, the X has more memory – 8/256 GB, up from 6/128 GB).