The iFixit team has disassembled a Xiaomi Mi 11 and published its findings. The phone received a repairability score of 4/10, matching the vanilla Galaxy S21 (and a point ahead of the S21 Ultra), but behind the 6/10 that the four iPhone 12 models received.

The team suspects that Mi 11’s lack of an IP rating allowed Xiaomi to use less glue, which made removing the back panel and the display (which came out without cracking). The battery had easy to remove pull tabs as well. The screen and battery can be replaced separately, which simplifies those repairs. 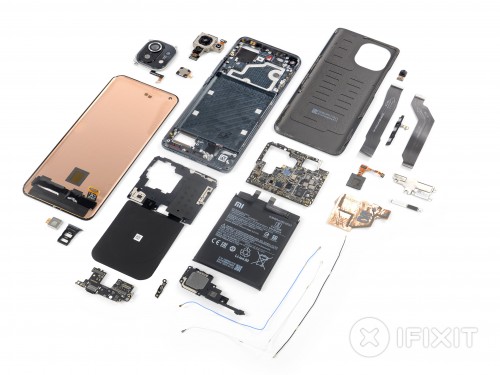 All the bits that make the Xiaomi Mi 11 tick

Here are a few other interesting findings. The phone’s key chips are under a copper heat spreader – the Snapdragon 888 is tucked under LPDDR5 3,200 MHz RAM from Samsung, the UFS 3.1 storage chip from SK Hynix is right next to it.

The Mi 11 was dinged for its curved glass, which is harder to remove and requires special tools. Also because the in-display fingerprint reader can only be replaced after removing the screen (which risks cracking it). The USB-C port and the SIM card reader are soldered in, which makes them more difficult to swap out. 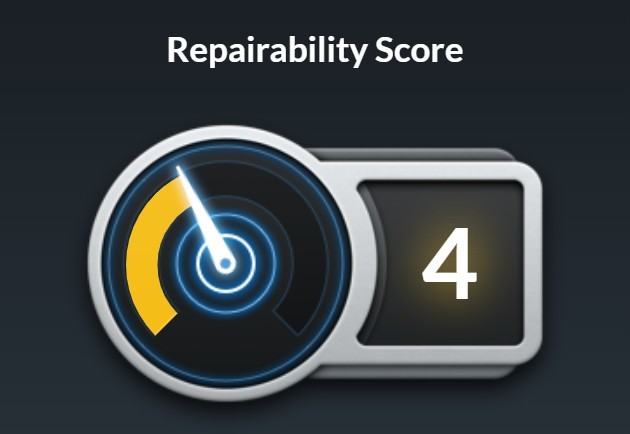 You can read iFixit’s full report for more details.