Last month, a leaked render of the Infinix Note 10 Pro confirmed the smartphone will pack a punch hole display. Now, we are looking at a couple of live images of the Note 10 Pro, which reveal the smartphone will sport a quad camera setup on the rear and come in at least two colors – one is purple, and the other has a reflective gradient design. 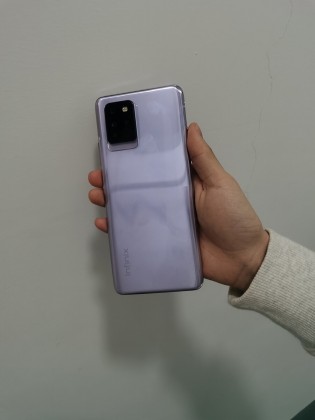 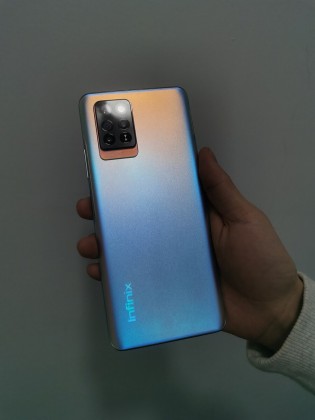 The pictures also confirm that Note 10 Pro will come with a side-mounted fingerprint scanner. Infinix hasn’t divulged anything about the Note 10 Pro yet, however, the smartphone was spotted on Google Play Console with 8GB RAM, Android 11, and Helio G90 SoC, but we’ve also heard rumors of G90T and G95.

The Play Console also revealed that Note 10 Pro screen’s resolution will be 1080p, and thanks to FCC, we know the smartphone will have 256GB storage onboard and support 33W charging.