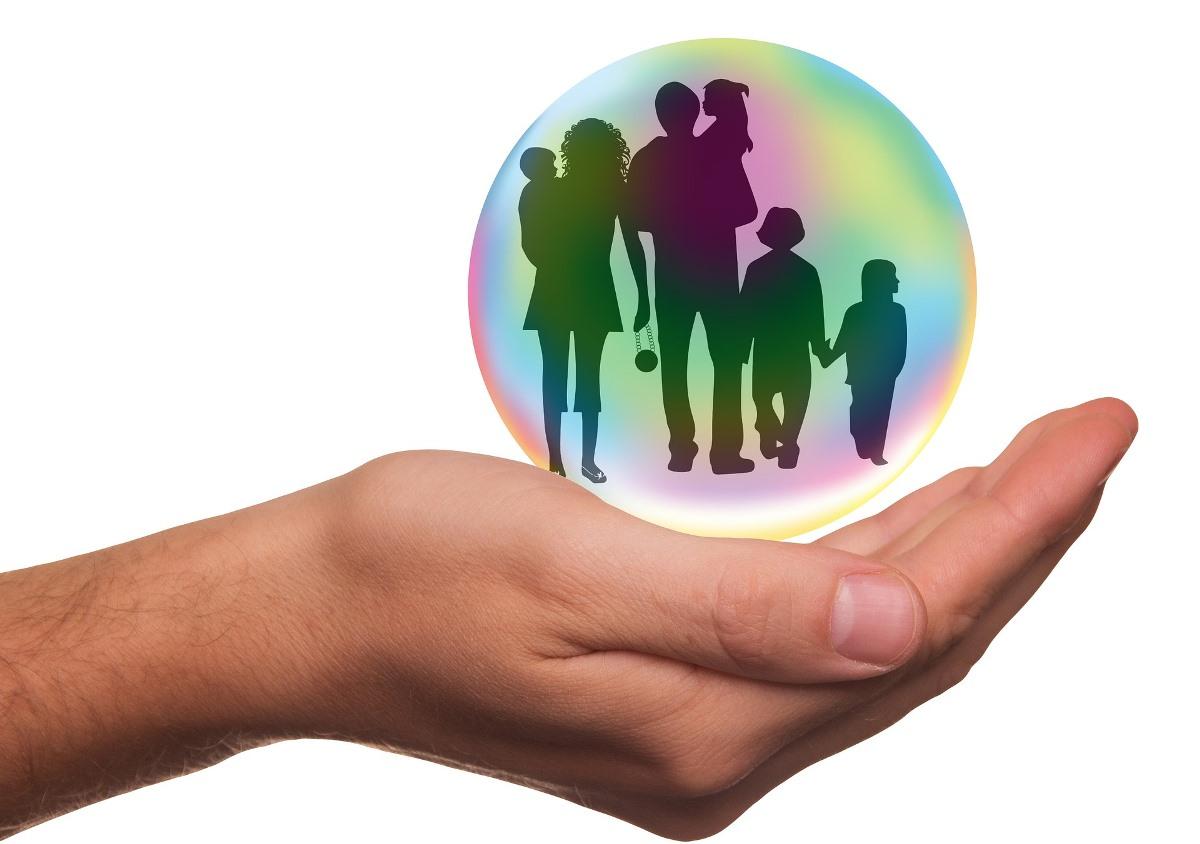 The Telangana government is launching the Rythu Bheema scheme to help all of the farmers in this state. Today we will share with you all the scheme details about the Rythu Bheema Pathakam Scheme and it is also known as Farmers Group Life Insurance Scheme. Then, the majority of the farmers are small, marginal, and resource-poor, dependent solely on farming for their livelihood. Rythu Bheema is a Farmers Group Life Insurance Scheme and it is introduced for the Telangana farmers. The government of Telangana launched the scheme in the hopes to improve the levels of the agriculture sector of the state. This focuses on providing financial aid to the family members of the deceased farmers due to any natural cause. Under this Rythu Bima scheme, Rs. 5 lacs are granted to the nominee of the deceased farmer within 10 days.

Rythu Bheema scheme is a life insurance scheme for the farmers in Telangana state. Telangana farmers in the age group of 18 to 59 years are eligible to enroll under the Rythu Bheema scheme. Under this scheme, farmers get a sum of Rs 5 lakh is paid to the nominee on the death of an enrolled farmer irrespective of the cause of death. Rythu Bheema scheme will go to spend 1000 Crore towards premium payment of the behalf of farmers. Then, this means farmer premiums will be paid by the government. To ensure economic and social security for the farmers, the Telangana Government has conceptualized and implemented an innovative scheme named Farmers Group Life Insurance Scheme (Rythu Bima) as well as other initiatives in the agriculture sector. This is unique and it is implemented based on the farmer-wise online land database through Information Technology and Online Portals that are used by all the outreach officers for effective and efficient implementation.

A Guide to Rythu Bhima Scheme in the State of Telangana, Rythu Bhima Pathakam Benefits, How to Apply, Eligibility, Documents Required

Rythu Bhima scheme is one of the popular state government schemes launched by the Telangana state. Agriculture is the main income source for the Telangana state farmers. So, the state government will give the most preference for Agriculture. To ensure economic help to the Farmer Beneficiaries, CM K. Chandrasekar Rao Garu has implemented the Rythu Bhima Pathakam (Loss of Life Insurance scheme).

Objectives of the Rythu Bheema Scheme

The main objective of the Rythu Bheema scheme (Farmers Group Life Insurance Scheme) is to provide financial relief and social security to the family members in Telangana farmers, in case of loss of farmer’s life due to death. In the loss of the farmer’s life, their families are facing several problems even for their day-to-day needs. The Rythu Bheema scheme farmer ensures financial support to the farmer’s family members. Farmers in the age group of 18 to 59 years are eligible for the Rythu Bheema scheme in Telangana. The entire premium is paid by the government to the LIC (Life Insurance Corporation) of India. In the event of the death of the enrolled farmer due to any cause like a natural death, the insured amount of 5.00 Lakhs INR is deposited into the designated nominee account within 10 days. This has a great impact on the lives of the bereaved families and helping their livelihoods, since most of them are resource-poor small farmers and belong to weaker sections of the society.

The objective of the Rythu Bheema scheme is to provide immediate and adequate financial relief to family members of the farmer in case of his/her natural death. In the event of farmer death, the dependent family members will land in dire financial problems. This scheme has been formulated by the Telangana government to insulate them by providing immediate relief.

In the event of the loss of farmer life, their families are facing severe financial problems in their life. The fundamental goal of the Farmers under this scheme is to give money-related alleviation and standardized savings to the relatives or wards, in the event of loss of farmer’s life. Though, farmers in the age gathering of 18 to 59 years are select under this scheme. The whole premium is paid by the legislature to the LIC (Life Insurance Corporation) of India.

On the occasion of the passing of the selected rancher because of any reason with common demise, a certain measure of 5.00 Lakhs INR is saved into the bank account within 10 days. This tremendously affects the lives of the deprived families and also helping their occupations, and then the vast majorities of them are asset poor little ranchers and have a place with more fragile areas of the public.

Usually, the Rythu Bheema scheme has been implemented through the IT (Information Technology) with Online Portals development. The outreach officer collects data from the revenue department in the event of loss of farmer life at the village level and submitted it to the LIC on behalf of the designated nominee of the Telangana farmer. The claimed amount can be transferred through RTGS into the nominee’s account.

Step 2– After that, click on the “Apply Now” button on the Homepage.

Step 3– The application Form page will show on the screen.

Step 5– Then, click on Submit Button for the final submission of the application.

Eligibility Criteria to Apply for the Rythu Bheema Scheme

To apply for the Rythu Bheema scheme, the applicant will have to follow the below eligibility criteria are as follows;

To Claim the Rythu Bheema scheme, beneficiaries submit the below documents to the Life Insurance Corporation (LIC) head Office.

For the effective implementation of the Rythu Bheema scheme, several IT-driven online portals and MIS have been developed with technical support from National Informatics Centre (NIC). The appointed village-level officers will collect data and then submit the details to the concerned authorities. Within 10 days of application, the claimed amount will be debited to the applicant’s account via RTGS (Real-time gross settlement).

Betterment of agricultural labors – It desires to generate more revenue from agriculture in Telangana state. That will not happen until it offers adequate support to farmer families in Telangana. Rythu Bheema scheme will make this possible.

Small and marginal growers – As per the decree of the Telangana authority, one has to fall in the category of marginal and small cultivator to attain the perks of this scheme.

Coverage amount of the policy – In case an insured crop grower passes away, the state will offer 5 lakhs to the family as compensation by this scheme.

Supports to farmers’ families – Several cultivators, earn their livelihood to feed the family members of Telangana farmers. In case the main earning member in the family passes away, the family is left without any financial aid. With this scheme, the state will offer money to the family of the deceased cultivator.

Estimated beneficiary number – Under this Rythu Bheema scheme, 58 lakh cultivators own and practice cultivation on their land. All these individuals will be brought under this scheme.

Premium payment by Telangana – It is an insurance policy that offers 5 lakhs coverage will cost anything between Rs. 4000 to Rs. 6000 as premium. It will be too taxing on poor farmers. As it is a scheme to help farmers, all premium payments will be taken care of by the Telangana state government. These premiums are payable every year.

Rythu Bheema scheme mobile application is available to get all the latest information about this scheme. You can download the application from the official website by following some easy steps;

Considered the largest insurance scheme for farmers in the world, the Rythu Bheema scheme covers all farmers in the age group of 18 to 59 years in Telangana, irrespective of the extent of landholding. The available data on the Rythu Bheema scheme in the 45 days since indicates that the largest chunk of beneficiaries is poor farmer families, withholdings of less than 2.5 acres. Statistics reveal that 71% of the claims were from families who had land holdings of less than 2.5 acres, of whom 25% are families that have less than one acre.

In case if you miss this: Cold Storage Project Report.

Rythu Bheema is a Farmers Group Life Insurance Scheme. The Telangana government will provide the insured amount of 5.00 Lakhs INR deposited into the nominee account within 10 days in case of death of the farmer due to any cause.

Who launched the Rythu Bheema scheme?

What is the Rythu Bheema scheme in Telangana?

When was the Rythu Bheema scheme launched?

What is the main objective of the Rythu Bheema Scheme?

The main objective of the Rythu Bheema scheme is to improve the Telangana agriculture sector.

Who regulates funds under the Rythu Bheema scheme?

Rythu Bheema scheme funds are regulated by LIC in India.

Why we need Rythu Bheema in Telangana?

There are many small and marginal farmers, home income based upon farming in Telangana state. In Telangana state poor productivity and production level is not at that point due to frequent occurrence of droughts, lesser technologies requirement it and poor investment capacity of farmers. Then, this leads to a lower income level and social security of the farmers. These are some main reasons; the Telangana government has started the Telangana Rythu Bheema scheme.