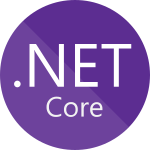 Microsoft announced that .NET Core 2.1 will reach end of support on August 21st, 2021, after which there will be no more updates and security fixes.

Microsoft strongly recommends for users to migrate their application to the new supported version, .NET 3.1 or later.

Intel and Microsoft on DARPA DPRIVE program
Intel signed an agreement with the Defense Advanced Research Projects (DARPA) to perform in its Data Protection in Virtual Environments (DPRIVE) program.

The project aims to develop and accelerator for fully-homomorphic encryption which enables users to compute on always-encrypted data, or cryptograms.

As part of the program, Intel plans to design an application-specific integrated circuit (ASIC) accelerator to reduce the performance overhead currently associated with fully homomorphic encryption which would deliver massive improvements in executing FHE workloads over existing CPU-driven systems.

Additional details on all of the news from Apache last week are available here.