Before anyone gets unnecessarily excited – NO, LG hasn’t gone back on its decision to leave the smartphone business. At least not officially, that is. This is just another case of unfortunate timing surrounding the rollable phone that the company teased at CES 2021. Apparently the LM-R910N, as its official designation goes, was pretty far along in the development cycle. Enough for LG to start filing for various certifications for it to go to market. The NFC certification, as seen here, is dated January 5, at which point the Rollable or LM-R910VM, mentioned in the document in particular, was very-much still on the roadmap. 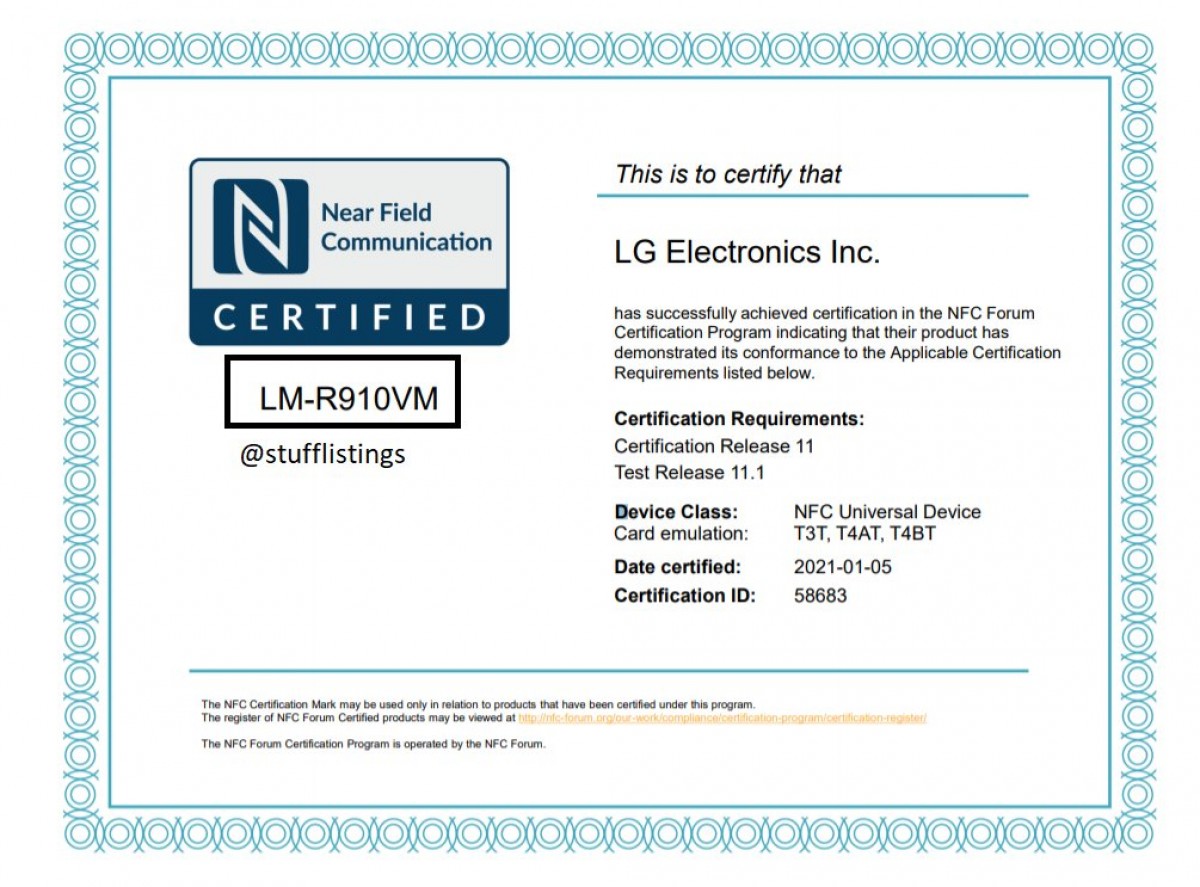 Unfortunately, we don’t really have a lot of info on the hardware of the futuristic device other than the fact that it was going to use a BOE-developed flexible OLED display. Not that it really matters all that much now, seeing how the LG Rollable is destined to remain an interesting curiosity and footnote in LG’s smartphone history.

If you find yourself particularly interested in it, though, an alleged live photo of a unit did recently leak online. You can also check out our flashback article detailing some of LG’s formidable smartphone highlights throughout the years.