Apple’s in-house M1 chipset for computers is no longer confined to MacBooks and the Mac mini. Today the company took the wraps off the new iMac with M1.

This is a very colorful computer – in fact, it will be offered in seven different hues: green, yellow, orange, pink, purple, blue, and silver. It comes with Apple’s ARM-based chip, with eight CPU cores and 7 or 8 GPU cores depending on which configuration you pick, but there are a lot of other upgrades too. 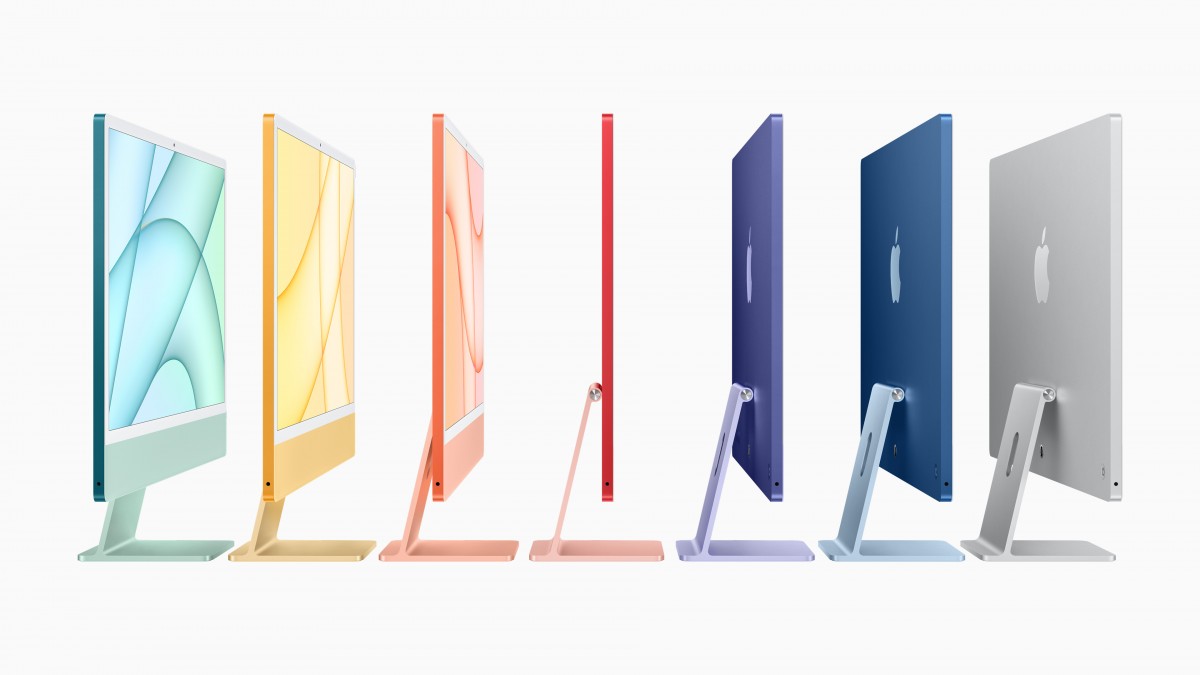 For example, the webcam is 1080p, it has six speakers built-in, including two pairs of force-cancelling woofers, supporting spatial audio with Dolby Atmos, and a three-mic array of “studio quality”. The mics are specially positioned to reduce interference from the rest of the system, and they have directional beamforming too.

The computer is only 11.5 mm thick, and the screen 23.5″ 4.5K Retina Display with 11.3 million pixels, 500 nits of maximum brightness, P3 1B color support, and True Tone technology to adjust color temperature automatically based on your surroundings. There’s also an “industry-leading” anti-reflective coating. 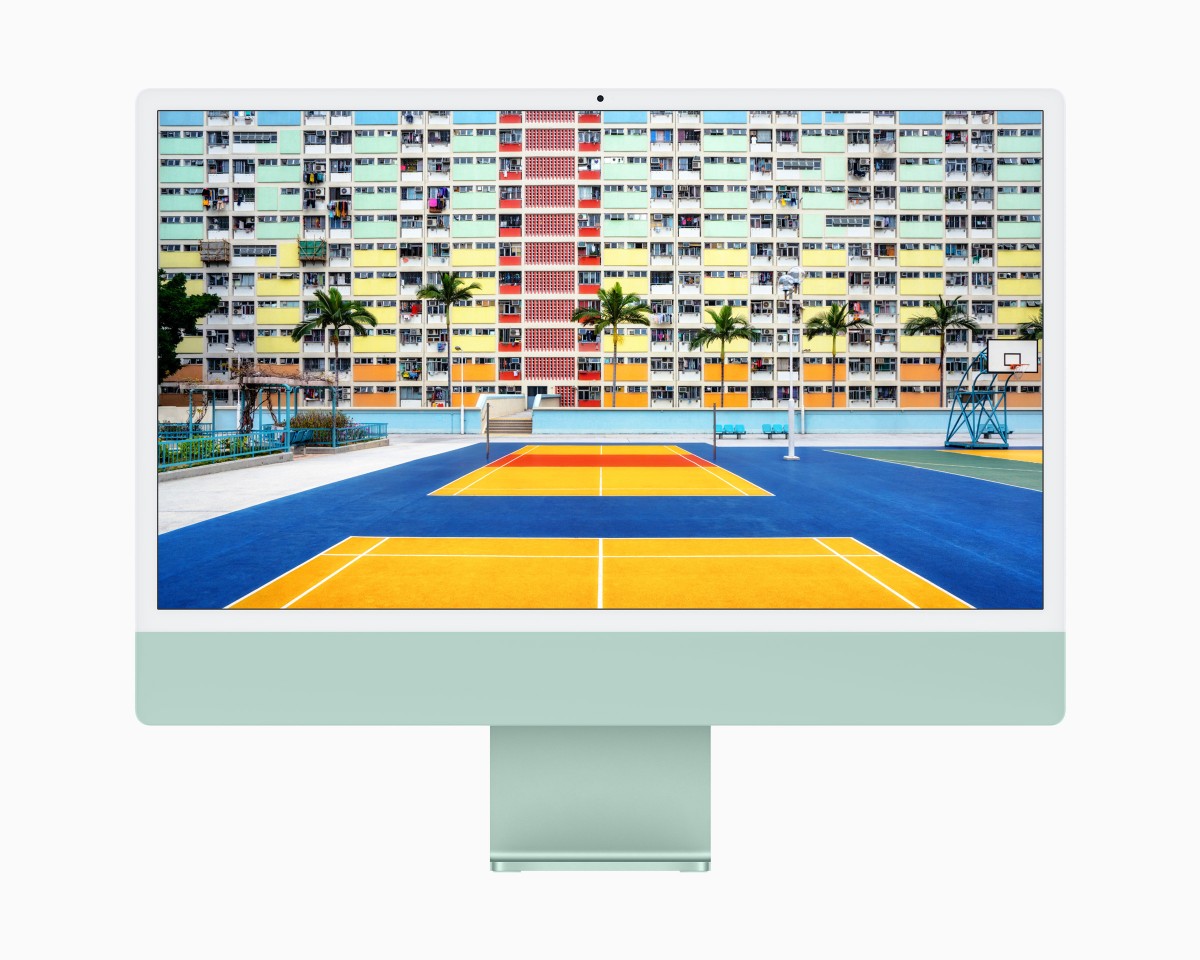 The M1 chipset enables up to 85% faster CPU performance and up to 50% better GPU performance than the most powerful discrete graphics in the fastest old 21.5″ iMac. In some apps, the GPU is actually twice as fast as in the previous small iMac model, and you also get 3x faster machine learning.

Every new iMac has two Thunderbolt ports and Wi-Fi 6. The more expensive version offers two additional USB-C ports and also has a 1Gbps Ethernet port, which is somewhat strangely placed in the brick of the power adapter. Speaking of which, the cable that goes from that adapter to the computer attaches magnetically, in a neat touch.

Speaking of touch, you can get a color-matched Magic Keyboard with Touch ID for your new iMac, in the world’s first wireless implementation of the biometric authentication system. The keyboard has a dedicated security chip that communicates directly with the Secure Enclave in the M1, creating an end-to-end encrypted channel for your fingerprint data. 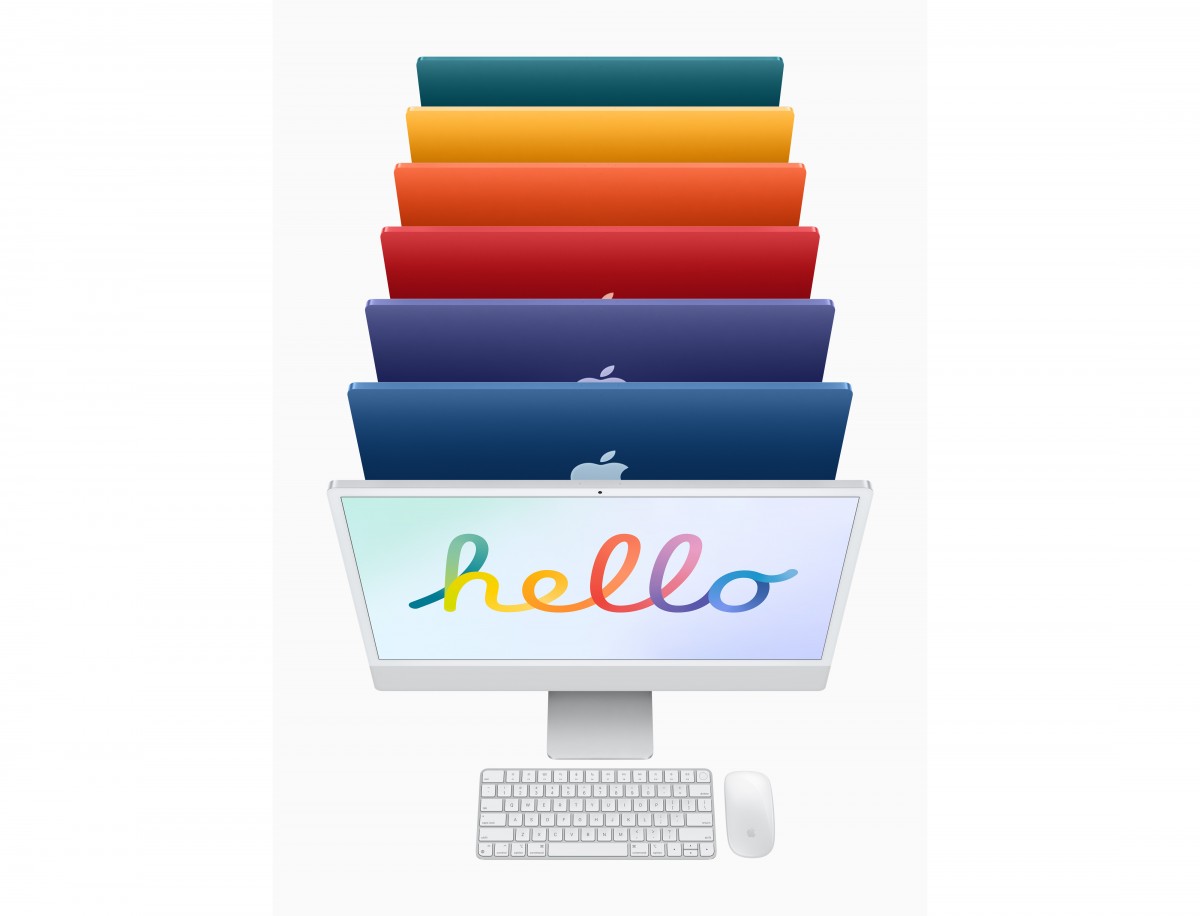 The new iMac with M1 (8-core CPU and 7-core GPU) starts at $1,299 in four colors (green, pink, blue, and silver), shipping with a normal color-matched Magic Keyboard and Magic Mouse.

There’s an upsell version for $1,499 which you can have in all of the seven hues. This one has an 8-core CPU and 8-core GPU, and ships with the color-matched new Magic Keyboard with Touch ID and a Magic Mouse. Both iterations have 8GB of RAM and a 256GB SSD. You can upgrade the cheaper version to 512GB or 1TB of storage though, while the more expensive one can get optional 16GB of RAM and up to 2TB of storage.

The new iMac with M1 will be up for pre-order on April 30, and will begin arriving to customers in the second half of May.