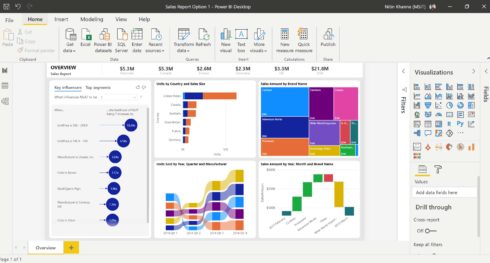 Microsoft is planning for a low-code future with the recent announcement of Power Fx and new updates to its Power Platform. The platform is a low-code application development solution that enables developers to develop applications or Power Apps that then can be integrated with other Office 365 and Dynamics 365 services.

Charles Lamanna, corporate vice president of the Low Code Application Platform at Microsoft, and Julie Strauss, partner PM director at Microsoft, shared what users can expect from the Power Platform in the coming months at the company’s annual technology conference Microsoft Ignite this week.

“We have to turn everyone into a developer with low-code tools. We have to make it so that no matter what your background is, you can become a developer to automate things and understand data,” said Lamanna.

There is also now a tight integration between Microsoft Teams and all parts of Power Platform. This means that developers can build Power Apps without ever needing to leave the Teams Interface. Developers can trigger actions based on events in Teams, and develop chatbots for Teams with Power Virtual Agents.

Microsoft is also introducing a number of new governance controls to the Power Platform. These include tenant isolation, tenant wide analytics, and endpoint filtering, which allows developers to restrict connectors based on qualifiers like IP addresses or domain names.

A new data loss prevention feature is connector action controls, which enables developers to allow and deny individual actions by a connector, instead of having to block a whole connector.

In addition, Lamanna announced a number of new capabilities coming soon to the Power Platform. It will add Microsoft Information Protection support, which allows teams to label data based on sensitivity, and have that label flow with the data as it moves throughout the Power Platform. This makes it easy to secure data at its source, Lamanna explained.

Microsoft also is going to be introducing several new capabilities for developers and IT professionals. Lamanna emphasized that though Power Platform can be used by business users, it can also be very powerful for developers. New capabilities developers can expect include Azure Networking Connectivity, customer managed keys, Power Fx, and Direct Query support for Dataverse in Power BI.

Lastly, Lamanna announced Microsoft has five areas of focus for low code for the rest of the year: enterprise trust; AI everywhere; embracing remote work; fusion teams made up of IT, developers, and business users; and hyper automation.

“We’re seeing surging digital demand for all of our customers,” said Lamanna. “Over the next few years, over 500 million new applications will need to be built, which is more than all of the apps built in the last 40 years. Additionally, 50% of tasks done in the office by information workers could be automated by current technology, but is going unautomated. All of our customers are really struggling to respond to this huge wave of digital transformation that they need to go complete.”