After bringing the first mass-market smartphone with an under-display camera, ZTE is gearing up to showcase its second-gen implementation at the upcoming MWC Shanghai. The conference will take place between February 23 – 25 and ZTE’s rumored Axon 30 Pro could very well be the device to showcase the new UD development.

The news was announced via a Weibo post by ZTE’s President of Mobile Devices Ni Fei and also mentions that ZTE will present the world’s first under-screen 3D structured light technology. It remains to be seen how this implementation will be used but there are implications it can help for more accurate face scanning. The post also boasts ZTE’s number one spot in terms of pending patents in China. 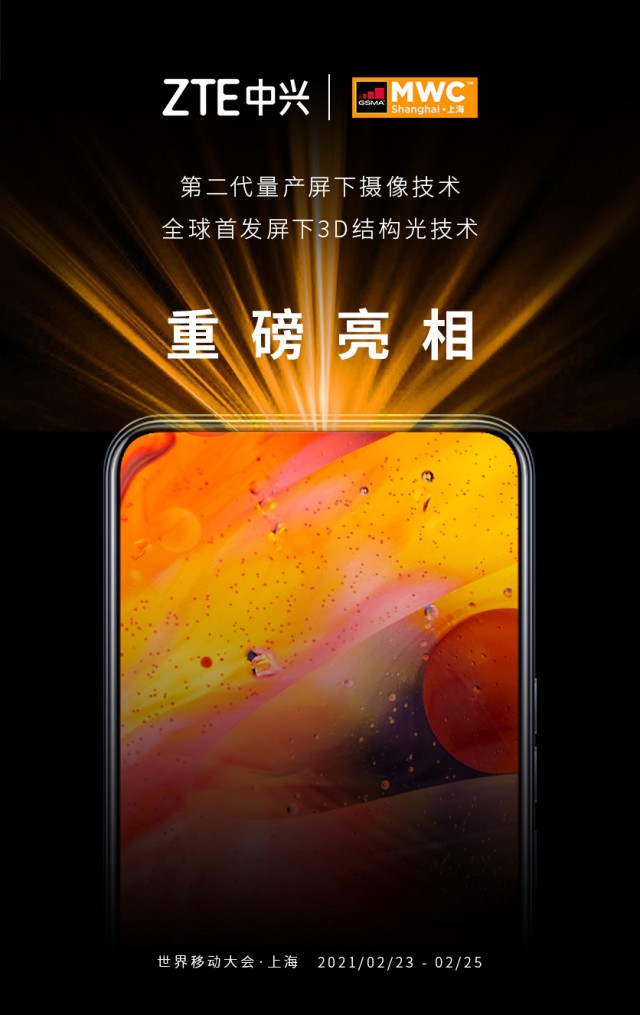 The Axon 30 Pro is expected to be ZTE’s 2021 flagship with Samsung’s yet to be announced 200MP S5KGND sensor. The big question however is did ZTE manage to improve image quality from the UD camera after the sub-par output of the Axon 20 5G. The Snapdragon 888 is also on the menu according to leaks. We’ll surely get more details next week’s ZTE event so stay tuned.